Maybe it's just me?

I feel like the world is going crazy. Ordinarily nice people are acting like assholes, the world is starting to lift its skirts and piss on us with natural disasters, and my baby who is supposed to be (and feels like) humungous, WONTCOMEOUT.

I can barely change sleeping position - it literally takes me a minute and a half to flip from one side to the other, and includes huffing and grunting like a beached walrus. My pelvis feels like it could snap in two, either at the coccyx or in the front.

Anyway, out of all three pregnancies, this is the only one where I've kinda gone full swing into preparing for the baby. First time around when I went to the hospital, it was after about an hour of contractions because I wanted to finish off my filing first. We hadn't even bought a stroller or cot even, if I remember correctly. I think I really had no idea what accoutrement were necessary for bringing up infants. I was also kind of resistant to the idea of falling for baby scam product hawking that is rampant. Only first time mothers or fathers fall for those damn things. Things like rubber bibs and baby bouncers. You don't need a five-point system that costs up to 3k to push your baby around in, yadayada. To some extent, I avoided that pitfall, but having a hubby like mine meant that sometimes, his desire to acquire overcame practicality!

however, this time round, 7 years after the last baby, I think increasing security and comfort and financial stability has opened my eyes and heat up to the luxuries of baby products. What's wrong with having a plastic fan to attach to the baby stroller? The fact that it's cheap, tacky and whirrs like a lawnmover when on, hasn't put me off it at all - but I didn't need one for either of my other babies. I just bought it because it's there for me to buy and I'm having a baby, dammit!

Anyway, Twittering, which I am loving lots, is a depressing business. You read bad news almost all the time. People are cleverer on twitter, because they must be, to fit what they want to say into 140 characters. So, the funniest also tend to be the most cynical and intellectual of Twitterers. And if you're cooped up at home and that is how you keep your finger on the pulse of the outside world, you kind of lose perspective, because it's all (necessarily) observation and report that is heightened. Everything feels very important, but when you really think about it, it has no bearing on your real life except on how it affects the way you perceive things. You start seeing things through jaded lenses. You get unnecessarily worried and start thinking of worst-case scenarios.

Still, as long as you can keep a grasp on reality, it's an engrossing social medium and I'm loving it.

My wonderful mother is here with me and has been spring cleaning and helping me turn my house into one of those dream houses that literally sparkle. If I have half the energy she has when the baby comes, I'll be set. (She's in her mid 60s and puts all the sedentary kids in the house to shame, including hubby and me). The last microcosm of clutter and unfinished business in the house is the desk in my room that has been inundated with sewing projects I have amassed over the last couple of years and which I have promised myself I would clear before baby comes.

I know this post has been jumping from topic to topic, but that's kind of my state of mind nowadays, you know? Just keeping it light. So, I am going to post all the little sewing projects I have completed recently. It's nearing the end of the post, so you can leave if you ain't interested!!

Anyway, just as a way to alleviate the heaviness of the past few weeks, here are some self-indulgent self-promoting-even-though-the-talent-ain't-staggering photos of my vanity projects.

Thanks for reading, everyone.

I made a wrap dress for each of the offspring from the japanese textiles you might remember from one of my earlier posts. They both love them, despite being rare dress-wearers. 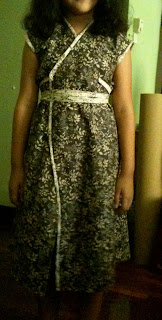 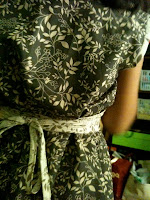 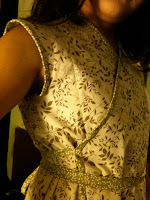 Then out of old t-shirts, yoga pants and elastic, I made a selection of leggings, boy-short and girly underwear and even baby caps, bibs and baby-size yoga pants (of which I have no pics as yet). 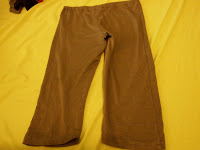 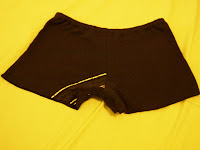 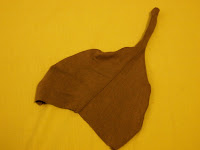 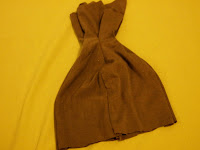 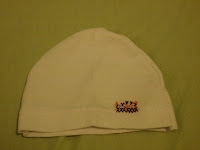 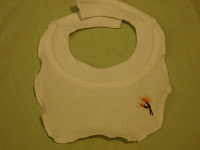 I also made two baby sized quilts and will be making more out of old sheets and yummy scraps of material. In three weeks I've one more sewing than over the past year.
C
Ruminations by mamasan at 7:44 PM

are you expecting a boy this time? ;)