Been Up To Good.

Hope everyone has ahad a lovely new year and all other holidays from last year's raya till this year's chinese new year!

Been a while since i have posted, but it wasn't from a lack of news or opinions! So many awful things have happened in the news both local and international - and i have often felt the urge to have my say here on my blog.

However, a big lesson came to me sometime during the last few months - and that is that no matter what i have to say, my blog can only be one-sided, and people who wish to enter into discussions with me here (polite or otherwise), will also, by the very state of such things, have their own one-sided opinions.

I can vent all i want, but i won't sway anyone here who has no wish to be swayed. So i decided to keep most of my opinions to myself, and to refrain from commenting willy-nilly on my social media platforms.

It is kind of liberating, actually. I simply take a moment begore i press submit or enter, and ask myself if i have been kind and helpful, or have my words simply been more negativity to spew into the world?

I have usually deleted my words before sending them into the netosphere. Either you become a troll or you provide fodder for trolls. So, even though i have stood on my own soapbox now and then, i think i rather enjoy the notion that this platform is for me to put my news out there to any who might be interested. If they aren't, i assume they would simply move on to something more interesting to them.

So, what have i been up to, then? Lots of toddler- caring, sewing, moving, school routine bladibla. I have really enjoyed being a stay at home mum this time around, but as o near the two-year mark, i do rather wish for me time more and more.

I am a cranky sort of mum when i feel overly-stimulated - and with two tweens chatting, asking and performing at me whilst i care for an increasingly independent toddler, i feel thy most of the time! I get loud and strict and snarky. It's not nice and i don't like that about myself. However i won't abide by bad behaviour and i do expect my eldests to attempt maturity at the very least!

Anyway, i have been sewing up a storm. Especially flowy maxi skirts which are stupendously easy! Today i also whipped up a wrap circle skirt for Panini: 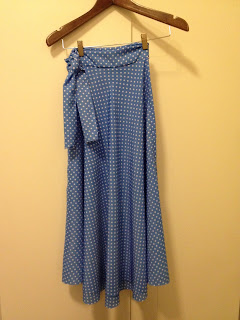 And last week a slinky kniw gathered skirt, here modeled by Baby One - who is now so big she is accepting handmedowns from aunty Panini: 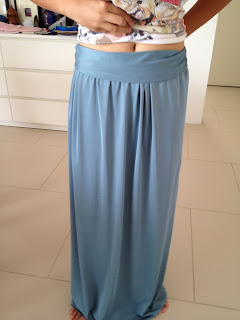 And then last year for their cultural week at school i made a greek roumeli-style outfit for Baby Two, who so loved it! Baby One is in lotud dress, from Sabah. They both wanted to celebrate their differences so I had to make something because we only have Malay baju. Baby One's is my own outfit from when I was about 15! 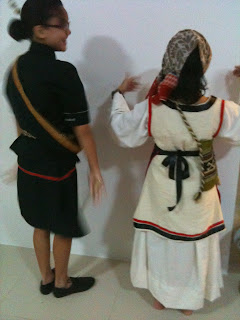 I also made about 30 reversible tote and sling bags. It started as an emergency gift for a birthday present I had forgotten to buy, and turned into a fantastic creative excursion for me. I made a whole bunch for our staff, who despite various setbacks in our plans last year, worked hard and stayed with us through our journey: 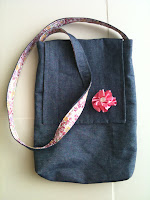 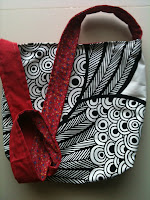 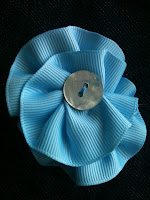 If you want to see more of those bags, go here .

I also made some costumes for Hubby Boo that he and his partner needed whilst they were in a major telly comedy competition last year. That was fun because I only ever had a day or two to create them in.

The beginnings of a muscle suit: 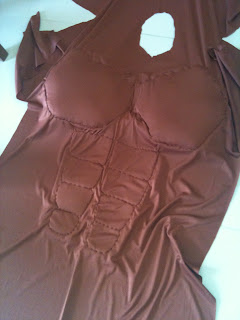 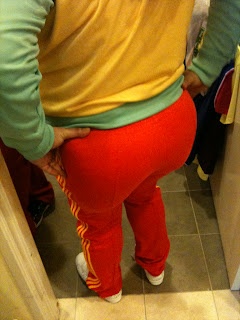 Might I say that the padding failed because it was not properly worn!

I made these delicious cookies for Baby Two's valentine's day gift for her classmates. As delicious as they look: 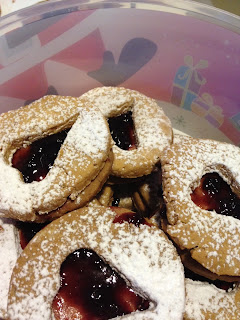 I made myself a maxi skirt out of this wonderful cloth i got from Kamdar and tested out the lovely turquoises i have seen adorning nails here and there. 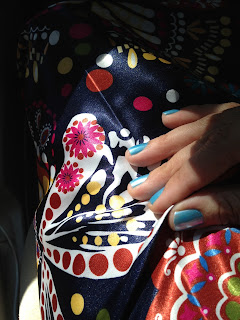 I also love the trend in zip-top and foldover clutches in colourblocked patterns. So I made myself one in faux leather left over from one of the Hubby costumes I made. I lined it with a spotty print from Nagoya: 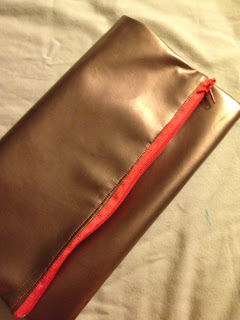 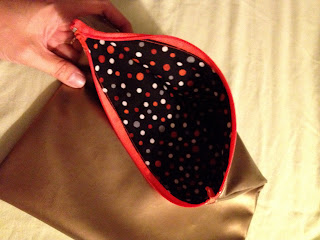 Ruminations by mamasan at 11:19 AM

Thanks for dropping by! I would love to see the finished product once you have made it :)