When I was Rock

lyrics co-written by me and megan


I used to be in a band, a garage band with my mates where i wrote and co-wrote the lyrics to our original songs and pretended to know how to play guitar and keyboard. We played to family and friends in one of my friends' parents' garage, and then were invited to play at a party a few hours south of Perth. The best part of that night was finishing playing, walking out to the beach with friends and seeing the bright starry sky from somewhere that was less bright than the sky (no city lights).

The sensation of lying back on the sand dunes and looking at the plenitude of stars above was that it was suffocatingly close and that the universe was pressing me back into the ground.

I think then I formulated the notion that it doesn't always have to be about the furthest, the highest, the most, whatever. It was all about perception. I had thought that seeing the milky way clearly would be awesome. Instead, I was awed by the sensations of claustrophobia.

I've never been one for labels, though sometimes they are extremely useful. For example, I would pay money for quality, but not if I had to endorse it for free by wearing the label of the product all over me. However, there is value in having labels to describe, oh, let's say, stupid and ignorant people. But using them means allowing the possibility of others using labels on me too. For example, that I am a hater or what-not. (You can call me a hater as long as you quantify it and say I'm a "stupid-people hater").

Perception is so very much a part of how we decide on the quality of our lives. For example, I could complain about how boring mine is all day. And yet someone else might consider my life perfectly fine.  Perception is a big part of this, as is context.

I don't know - does the idea of context, perception, critical analysis or logic exist in the Malaysian psyche? Because it seems to me as if there are people out there who perceive the Malaysian public as being too imbecilic and moronic to understand the concepts of human rights, liberty, freedom of choice yadayadayada.

Ugh, it surely tires me so, to see my FB timeline flooded with angry statements.

However I must say I have never cared more for the state of my world than I have now. Perhaps it's because I have kids, or that I understand more of the how the world works.

Back when I was Rock, I barely knew what was important, at least not from experience. I may have known technically or theoretically, what was morally acceptable, but I had never had any real experience of injustice or betrayal (huh, that comes when you start a business!).

Now that I have softened in so many ways, it seems so much more important to make sure I have perspective on things. So, context and perception are so important. But somehow, harder for me to articulate and defend.

Maybe because I have learned that the academic defense of real life experience just cannot stand up to the emotional responses they engender. Try breaking through habit, loyalty and pride with an argument about who is more right than the other. You won't get anywhere.

So, back when I was Rock, there wasn't much substance to me. I was all hot air, correct but obnoxiously unfeeling and uncompassionate. Slowly, I found myself perceiving things differently, and now, I can feel I am right about something, but with the weight of conviction.

Now I have no more time for the stupids (as I perceive them!). Now I say more things on my mind, sooner.

Now, I really am Rock. I am Monolith.


Oh, and apparently I am also a Gay Man.* 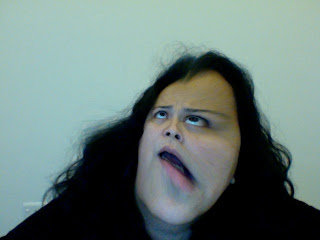 *According to the very bright Ministry of Education of Malaysia


Ruminations by mamasan at 1:00 AM