You know when you hear a song, and for a while in your teens you "remember" it, that kind of mythical remembrance where you can't quite place the memory but you feel like you've known it all your life, like from the womb or something. 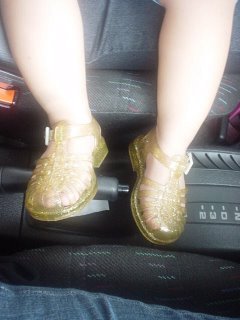 During my late teens when I would hear songs like "You're The Inspiration", "Glory Of Love", and other 80s progressive love songs, as well as many, many other songs - I would get this kind of body-memory flashback, and a feeling of childhood security would come over me.

But I didn't even know who Chicago was, nor did I remember hearing it in my home. (I distinctly remember the Olivia Newton-John album and Michael Jackson's Thriller, but other than that was my father's music-club album collection) At the time I was finishing off my highschool in Perth, Western Australia, and in that insular little teeny schooly world, that kind of music was daggy, but if you liked it, you were ecclectic and different. Kids are funny - it was Chicago for goodness' sake! I suppose their parents liked it or something.

Anyway, memory is such a myriad and untrustable thing. I used to have a great memory.

Then I met my husband and all was lost. I never knew how destructive a creative personality can be on an ordered and logical mind. It was give in or be usurped, so it was about three years into our marriage that my mind left me. Or "went bungkus" as my mother would say.

So now I do things like walk purposefully out the door with all my bags and essentials, you know, so that the kids don't get a whiff of the mixed intentions I have of leaving home to work and staying home to cuddle, so that I get out of the door unshaken and useful. Then I get to the car and realise I have forgotten something and have to go back in looking stern. Those kids can eat you alive, they're animals! They can sense when you're about to give in, then they move in for the kill. I swear I've had to grow stone around my heart just to be able to function in my daily life. In that sense, I am far more evolved thatn hubby dearest, who basks in the glory of being the subject of their manipulation!

Anyway, so nowadays I am a shadow of my former self, memory-wise. I can hardly differentiate between my children's names, so now I just say, "Ey!" or "Baby Boodle Bottom" or something. They don't care, they still come to you as long as you have goodies or are offering a cuddle.

Then there's the other kind of memory - the past, the relationships, the things people said. I find my memories of the same situation don't add up when I talk to others involved. Is it me or them who's got it wrong? I used to get so upset. Now I'm kind of at peace with it. If it's going to take up space in my head, then I might as well appropriate it and make it as much mine as possible!

So I've colonised the memories that have been filed by my senses, by re-writing, glorifying and sepia-toning them with my inner whatsit.

I know, it's a terrible thing, but better happy and misdirected than correct and colourless, don't you think?

You are a writing genius! care to write a play for Sumunda?

what is it that a creative man does that makes a rock solid girl like you lose her memory? you didnt quite explain that one

hi anonymous - what i meant was that, having to deal with a sometimes unpredictable and seemingly illogical person means that my normally linear and ordered train of thought was easily interrupted and forgotten, literally useless...