To stick up more photos from Greece...

The Corinth Canal in the twilight. 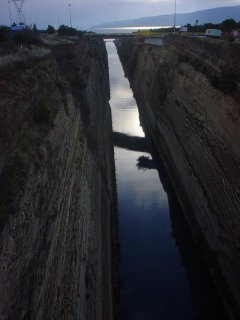 The monasteries at Meteora, and the natural carvings in the rock that I mentioned in one of my first posts. 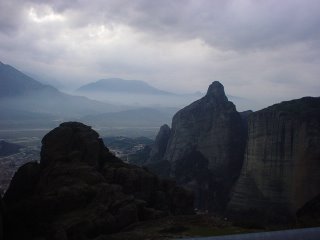 A picture from inside the monastery grounds during that misty day... 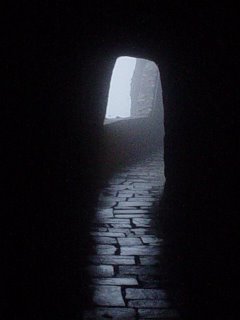 The view of the Pelopponnese mountain range from the southern coastline of mainland Greece, just outside of Itea. 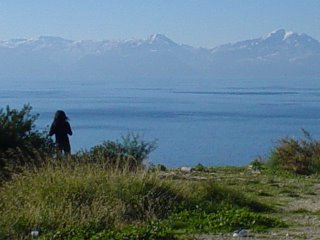 One of the jetties on the Itea bay, right in front of an establishment that's been there for about 20 years, called Miami. 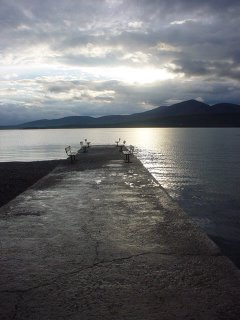 A place called Mouse Island (Pontikonissi) - where the little church only has a small jetty for access. 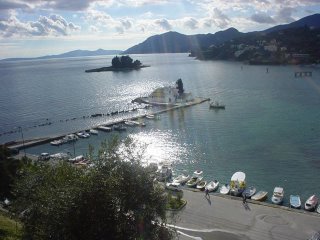