Feeling quite disenchanted by the whole Idol experience. No one seems to really stand out except for Adam Lambert, and he seems to be getting a little over the top - though I wonder if the general dissatisfaction I seem to find with everything Idol is what brings this about.

With hindsight, I am feeling annoyed by the changes in the format. One, the new judge, and two, the new extra rounds of elimination to draw out the viewing "pleasure" or torture as it may be. I feel a little used when I think about the latter. Just announce the top 12 and be done with it! Kara started out so well, but since they got into Hollywood, her judgments seem to be more about saying the right thing the right way. A little like how Paula always wants to say the nice thing, even when the performance was a dog's dinner of a show. They seem to be fuelling each other's mini-performances. Too much time spent on them - I want to see Simon rant! (Hi, Simon!)

Since picking up Ryan Seacrest on Twitter, I am liking him more and more. I am rethinking my prior rants on Seapuff. It seems the nice guy with the sly undertone is, if not a put on, then not the byproduct of a mean or unintelligent creature, as I once believed.

I am also feeling a little disappointed with the voting system, seeing as one of my faves, Alexis, was voted off last night. However, the judges' decision not to "save" her, a new feature which I find really annoying and stress-inducing, was quite right if you were to judge purely on her performance. Sure, she had a bad night, but then what about Scott the Blind Guy who really can't sing? He's obviously there on the whole popularity thing. Or worse, pity.

There's better TV in Lost, but that only happens once a week and for me, only over the net. I've been spnding a lot of time on youtube, catching up with British programmes I missed after returning home from Oz. Never Mind the Buzzcocks, Have I Got New For You, Mock The Week, QI with Stephen Fry et al. Mark Lamarr, come back to television! 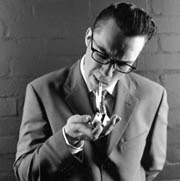 this pic doesn't belong to me
In other news, we have started a new shoot for hubby boo's talk show, due out sometime in April / May. Head on over to looksout for a picture and further picture updates in the future.

I know what your mean about Kara. I think she's just trying to hard to prove herself. To be fair, she does have to compete with the other 3 AI veteran judges, so maybe she feels pressured to say something that hasn't been covered yet? And yeah, I've blogged about how Scott wouldn't even be there if he wasn't blind in the past too.

Poor Scott! His handicap might well be his undoing!

Hmmm, will have to pay more attention to Danny and Allison.

Thanks for visiting!
C